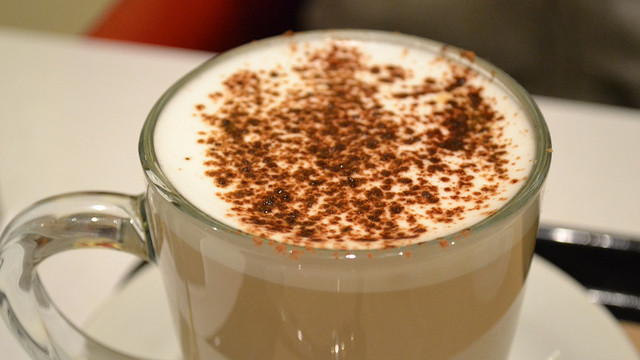 Welcome to the first post of a new series called his&hers :):)

I had a $10 gift card to Aroma Espresso Bar, thanks to event at The Holiday Shops. Apparently, Andy had already frequented this place, so it was really just me trying it for the first time. There are three locations in New York City; one in Soho, UWS and by Grand Central. We went to the one by GC because it would probably be super crowded in the other locations, including the pop-up one that’s a part of The Holiday Shops in Bryant Park. He was sold on his Mocha and I wanted to try the Cappuccino.

We both shared a chocolate croissant, which was oozing with chocolate. Love! (Had to save room for All-You-Can-Eat shabu-shabu for dinner). It was a Sunday evening when we went. It wasn’t packed, and people trickled in and out — some staying for the free wifi. Overall, its a nice getaway for some warm coffee. The latte art is a nice touch.


#ad Summertime has arrived. Taming my flyaways and

MUTED. Not Silent. Listening and Learning. 🖤

While distancing... Found more time to dig up old

The Holiday Shops at Bryant Park