Postcards from the clouds. One breathtaking aerial experience around ‘The Garden Isle’ 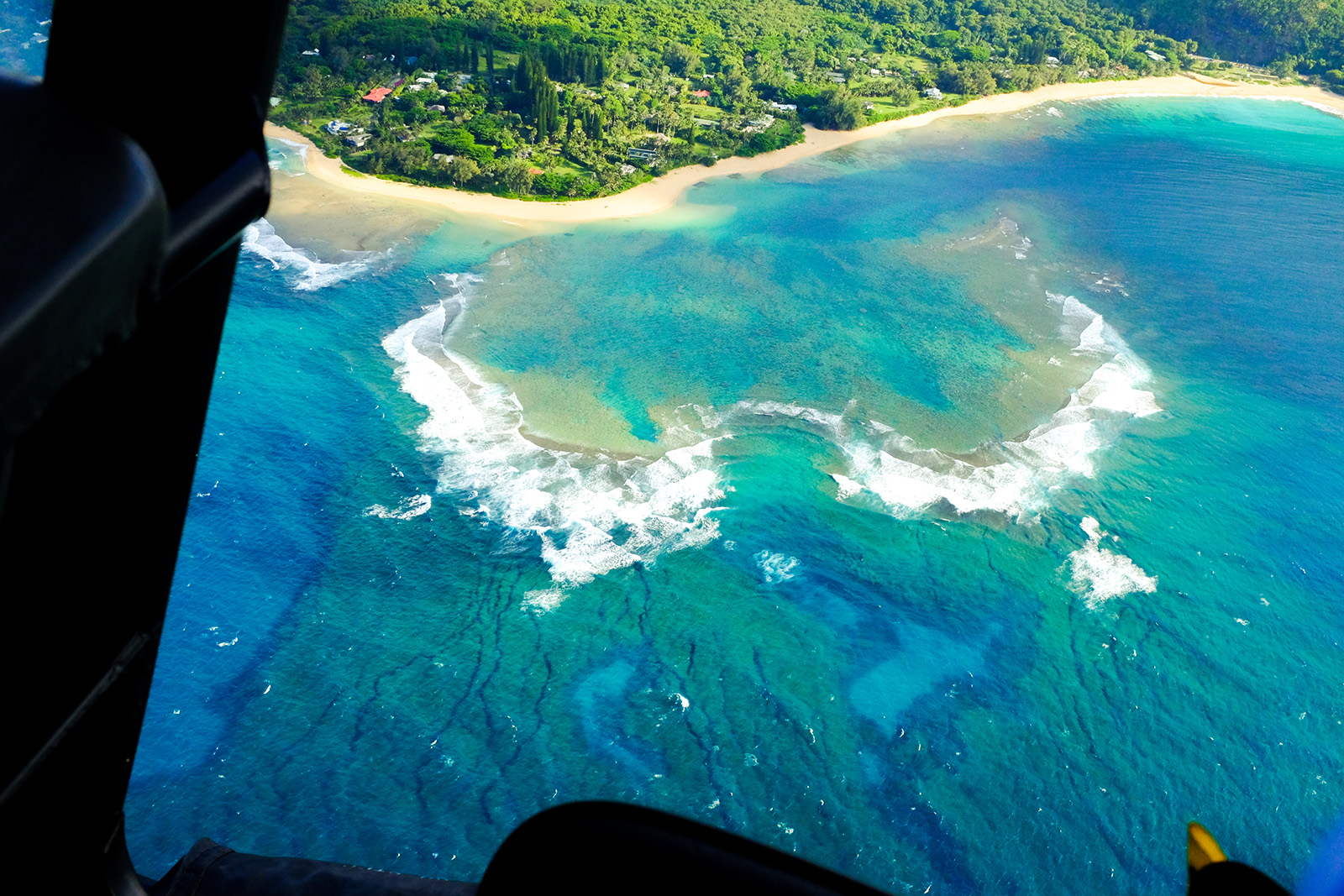 We decided to go up in the air on a private helicopter ride with the doors off. Best decision, ever! I decided on the late afternoon flight, so we can see the sun play on the nuances of the mountains and coastlines. The experience was indescribable. Kauai is already such a photogenic island, and seeing it from above with the windy blowing in our faces was surreal. We saw the Napali Coast, with stunning views of Tunnels and Honopu beach. Seeing Waimea Canyon from above was also a favorite.

We watched Jurassic World in IMAX 3D last night, and I got serious nostalgia back to memories of this experience. It felt like we were back on Kauai, except dinosaurs were roaming about. So many parts of the movie’s locations were filmed on Kauai.

Now, editing down these photos was so hard. I took so many, especially whenever I saw a waterfall. The island’s covered with beautiful waterfalls, including Jurassic’s waterfall. Apologies if the post if extremely photo heavy, but everything was so beautiful to look at. 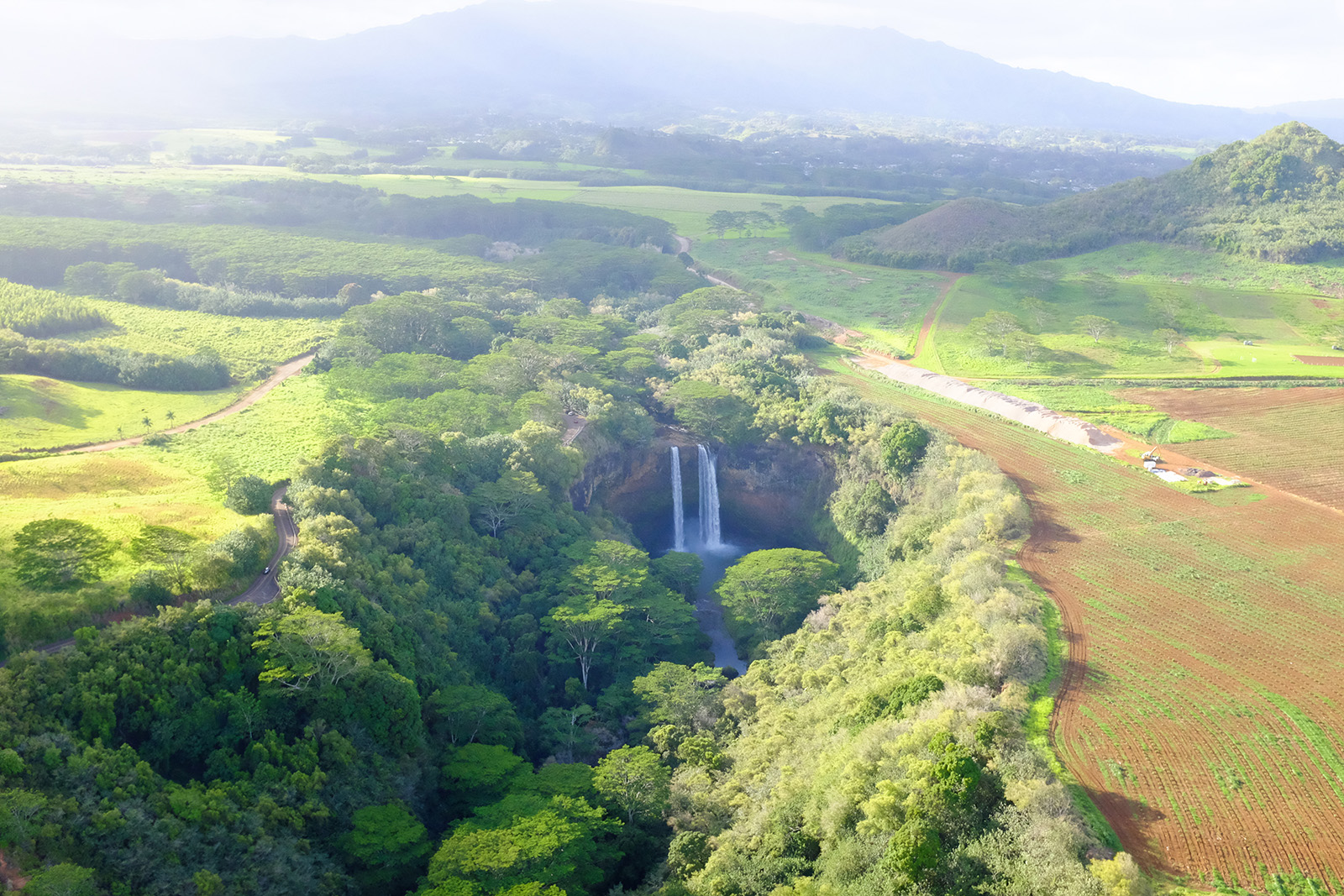 On the note of my waterfalls peeping, I’ve put together a list of even more from around the world on Mode:

Check out Breathtaking Waterfalls Around the World

Made an effort = Half sweat set ❕