The first exploratory excursion we took was The Golden Circle tour with IGTours. With a delightfully funny guide and handful of people, we took off to see the Iceland outside of Reykjavik. Along the way, we stopped to see Icelandic horses (which is getting its own post), experience the history inside Thingvellir National Park, and of course see Geysir and the Gullfoss waterfall up close.

It’s so incredibly massive that it just astounds — so much so that I took WAY too many photos here. Every angle was necessary. I’ve seen photos of this place, but nothing can ever compare to being next to such a beautiful part of nature. The world suddenly gets larger and I just begin to feel pea-sized. Behold, the Gullfoss waterfall. 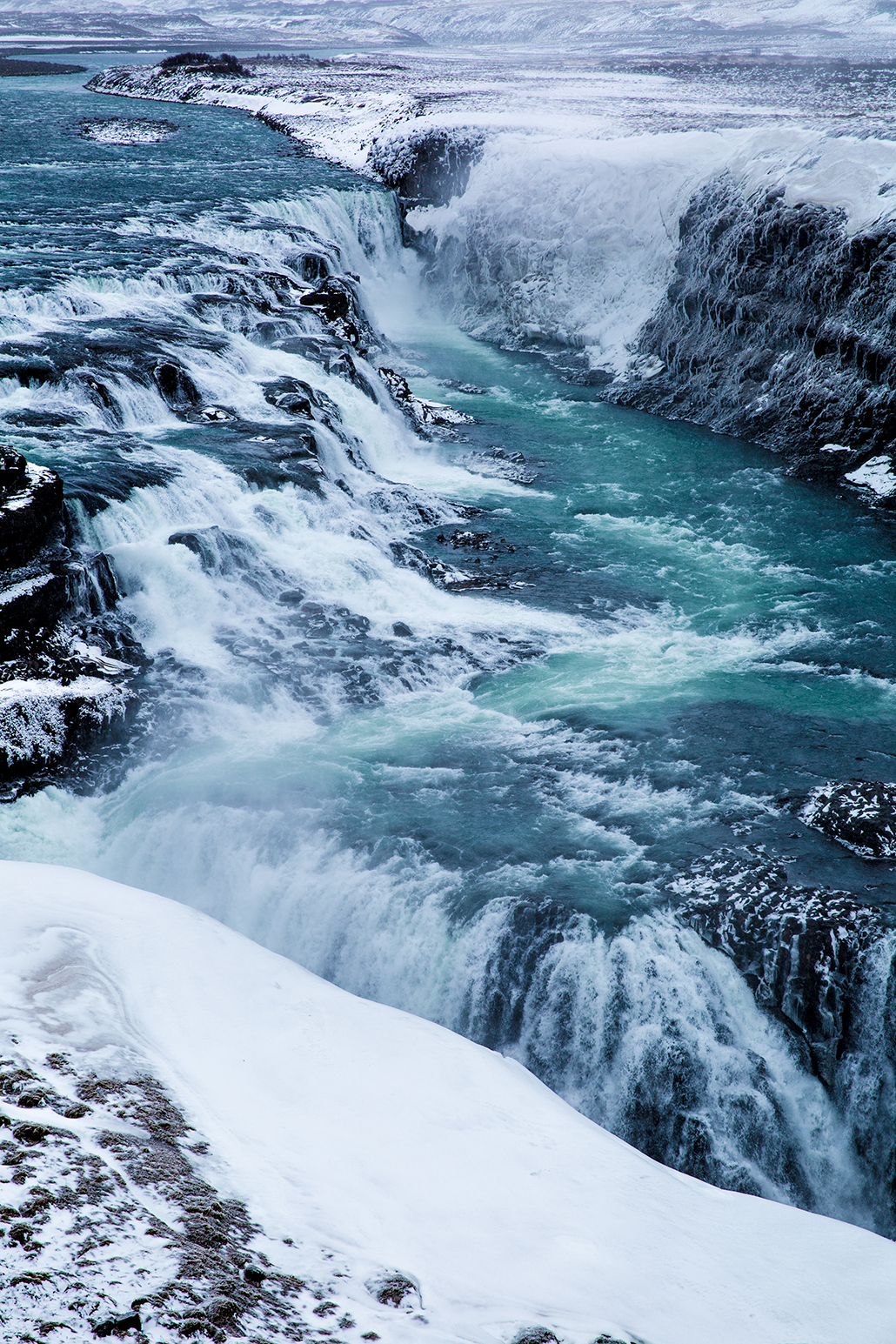 It was cold. The geyser erupts about every five minutes, so there was a lot of standing out in the snow, waiting. When it does erupt, though, it’s pretty amazing. The geyser water is crystal blue, and then a big puff of steam rises in the air, towering over its admirers. Sometimes, it decides to erupt twice in a row, and that’s worth the wait. 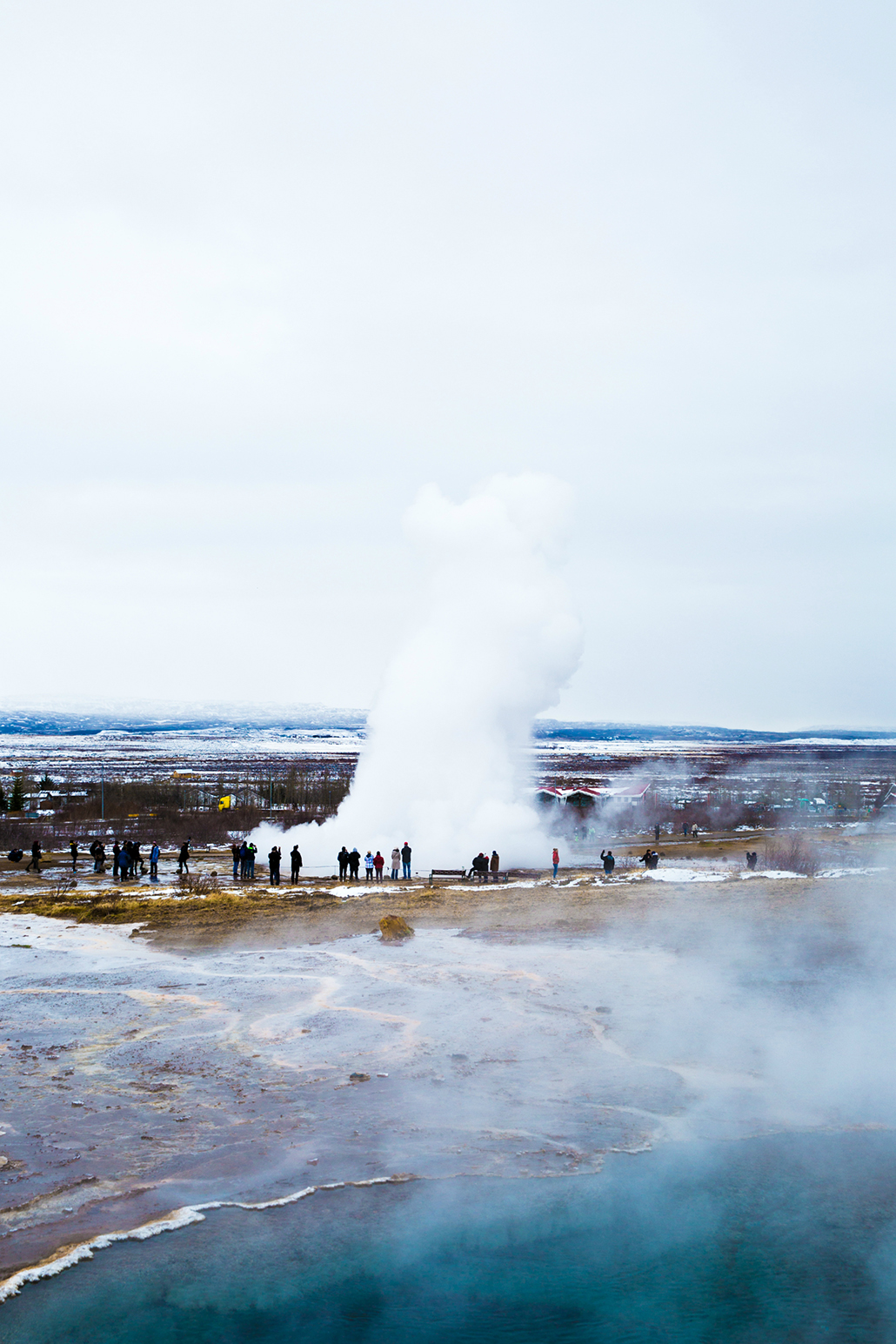 Iceland is such an interesting country, chocked full of natural wonder. SO much more awesomeness to post soon, enough!